We would like to offer our sincere support to anyone coping with grief. Enter your email below for our complimentary daily grief messages. Messages run for up to one year and you can stop at any time. Your email will not be used for any other purpose.

Share a memory
Obituary & Services
Tribute Wall
Read more about the life story of Carol and share your memory.

Carol E. Ingersoll, age 86, of North Tonawanda, passed away peacefully surrounded by her husband, son and granddaughter on December 20, 2022.

Born, raised and married in Johnsonburg, PA, Carol moved to Niagara Falls right after getting married to Bob. A job at Hooker Chemical and Bob at Carborundum brought them to Western NY. Carol was also very proud of the job she was offered at the FBI, but did not take as she chose to get married and raise a family.

Carol spent her family days raising 3 boys as she took care of the house on Mazda Terrace while Bob worked. As her family grew and spread out, Carol loved to go to “The Land” they owned in the southern tier, especially on the Fourth of July when the whole family would get together to celebrate around the fire pit and ride the mini-bikes & 4 wheelers.

Carol loved spending her home time in the yard, riding her bike and walking her dog. She was a fixture on Mazda Terrace for the 59 years she lived there. She always had a great relationship with her neighbors over the years as she transitioned from watching over the neighborhood elders, then babysitting the young arrivals, to becoming the elder herself that was watched over from across the street (Thank You to those neighbors for the love). In her middle years Carol was quite the league bowler carrying a 159 avg. at Parkside and Kenmore Lanes.

Please pray and care for those that are affected by Alzheimers/Dementia.

A memorial service at Redeemer Lutheran Church in North Tonawanda will be announced at a later date.

To send flowers to the family or plant a tree in memory of Carol E. Ingersoll, please visit our floral store. 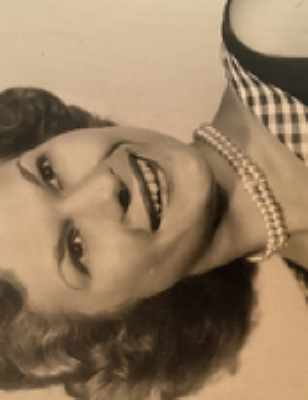 In Loving Memory Of

Look inside to read what others
have shared
Family and friends are coming together online to create a special keepsake. Every memory left on the online obituary will be automatically included in the book.

In Loving Memory Of

Look inside to read what others have shared

Family and friends are coming together online to create a special keepsake. Every memory left on the online obituary will be automatically included in the book.

You can still show your support by sending flowers directly to the family, or by planting a memorial tree in the memory of Carol E. Ingersoll
SHARE OBITUARY
© 2023 Hamp Funeral Home, Inc.. All Rights Reserved. Funeral Home website by CFS & TA | Terms of Use | Privacy Policy | Accessibility